Preparing Ourselves for the Spring Feasts, Part 2 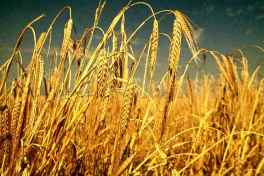 In Part 1, we looked at not just the month of Nisan, but the season of Nisan, “The Abib” (called Aviv in Hebrew).  We learned that it’s a time of:

What is our role in all this?  As Nisan approaches and we look forward to the New Year (Nisan 1), Passover (Nisan 14), and the beginning of the Spring Feasts, how do we participate with Yehovah in the process?

It starts in Adar.  The month before Abib is Adar (the Babylonian name), the last month on the Hebrew calendar.  In the month of Adar, the barley is inspected to see how far along it is in the growth process.  If the experts find that the barley will not be ripe by Abib (Nisan), we add another month to the end of the year.  It’s called Adar 2.  This is called “Shanah Me’uberet” – a leap year on the Hebrew calendar.  On leap years, we have Adar 1 and Adar 2 – 13 months.

This teaches us that we also will not be moved toward our destiny until we are abib – ripe, ready.  Yehovah will add another month, another year, maybe several.  The first generation of Israelites in the wilderness weren’t abib to enter the Promised land, so they missed out altogether.  Forty years later – during the abib – the second generation of Israelites were ripe to take the land.

So how do we prepare ourselves for our destiny?  We may not even know what it is?

The Process of Becoming Abib

The short answer is obedience – listen, guard, keep and do his instructions (Deut. 7:11-16).  Our preparation for the future is in Yehovah’s hands.  Only he knows what’s ahead.  If we want to be ready for our future, we have to hear and obey his leading.

This includes keeping ourselves holy.  Holiness is a joint effort – some of it we are responsible for; some of it Yehovah does for us.

Leviticus 11:45  “For I am Yehovah who brought you up out of the land of Egypt, to be your God; you shall therefore be holy, for I am holy.”

There’s an example of this among the events that took place in the month of Abib.  In Exodus 40 when Moses was commanded to set up the tabernacle on the first day of Abib, He was also told to consecrate Aaron and his sons for the priesthood.  How Yehovah consecrates Aaron and his sons is an example of how we cooperate with Yehovah in maintaining our holiness and preparing for our destiny.

As you read this, consider all the parallels to Passover:

Here we have Aaron and his sons sitting at the door of the tent of meeting with the blood of the lamb on their bodies and clothing, eating the lamb that has atoned for them with unleavened bread, burning up whatever they cannot eat and not leaving the tabernacle, so that they will not die.

This is what the Israelites did one year earlier on Passover (see Exodus 12).  They ate the lamb that saved their lives, with unleavened bread.  They burned up whatever they could not eat.  They stayed inside their houses. Except now the blood is on the people instead of just the doorway.  This is personal.  Aaron and his sons are becoming the “doorway” between Yehovah and man.  They are carrying the blood of the Lamb every day, so that the people will not die in Yehovah’s presence.  This is such a powerful physical representation of Yeshua’s priesthood.

This consecration went on for seven days.

Our Seven Days of Consecration

What if we were to sit in Yehovah’s presence for seven days, like Aaron did?  Would he consecrate us?  Would we progress in becoming Abib – ready to move toward our destiny?

I do this at least once a year – spend every morning for seven days sitting in Yehovah’s presence.  I look forward to this time and wish I had seven full days, like Aaron did.  I eat unleavened bread as Aaron did, and imagine how it must have been sitting at the doorway of the tent of meeting.

I retrace where all the various furniture pieces are (the ark, the altar of incense, the table of showbread, the menorah, the brass laver and the brazen altar).  I think about what Moses would have been doing in the tabernacle each day (keeping oil in the menorah, sacrificing the burnt offering each day, replacing the showbread on the Sabbath.)  I try to consider what Aaron’s experience may have been – the priestly garments he’s wearing, his sons, his anticipation of what it will mean to be a priest.  Was there manna on the ground every morning even in the tabernacle?  What would it have been like as the pillar of cloud transformed into fire every evening?  It’s an exciting place to ponder.

After I did this the first time, I was surprised at the outcome.  Each year is a little different in terms of what Yehovah reveals about himself, about his Son Yeshua and about me.  It’s a powerful way to overlay our understanding of the priesthood today onto its original, literal picture.  It’s one way we ourselves can be consecrated for our priesthood as we separate ourselves and focus on Yehovah and his word.

Spending time in Yehovah’s presence for the purpose of just letting him — asking him — to consecrate you is one of the ways we can participate in becoming Abib for our destiny.  I encourage you to set aside a period of time to sit in his presence.

Abib for the Spring Feasts

Preparing ourselves for the new year, Passover, our Passover Lamb, and Firstfruits – that’s what this season is about.  Yehovah called the month Abib and tells us over and over to observe this month and tell the Exodus story, because it signifies everything he wants us to focus on:  moving from one dwelling place to another by Yehovah’s supernatural hand.

It’s a time of separating ourselves from unrighteousness in preparation for the “winnower’s fork” separating the chaff from the wheat.  It’s a time of our cooperating with the Holy Spirit’s leading in becoming abib, just like the barley – ripe for our destiny.