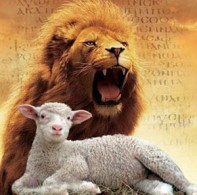 The Month of Av is the fifth month of the year on the Hebrew calendar. We are still in the season of Judgment & Exile as the month of Av begins.  But during Av, the seasons change.  Similar to the Gregorian month of March, we have the expression “In like a Lion, out like a Lamb,” so the month of Av can be broken into two phases.

The Three Weeks of Sorrow between Tammuz 17 and Av 9 have literally been a time of judgment and exile for Israel and the Jewish people. Many of their major tragedies are recorded in the Bible and continue up to modern history.

The Bible tells us that Aaron died on the first day of Av.  He was part of that first generation that did not get to go into the Promised Land because of rebellion. So on day one, we see this theme of judgment and exile from the Promised Land.  Then later, both temples were destroyed on the 9th of Av, as well as many, many other calamities down through the centuries.

Today, the Jewish people are still lamenting the destruction of the temple, because a physical temple is the only way they know to fully serve God and adhere to his commandments.

However, when you accept Yeshua as the final sacrifice and believe that his body is our temple, as John 2 tells us, and that our bodies are temples of the Holy Spirit, as 1 Corinthians 6 tells us, we no longer need to lament the destruction of the temple.

Now, where Christians, Messianics and Jews all agree is that the King will come and restore his kingdom, and we will all worship at a new temple!

This is what Zechariah 8:19 is referring to:

“This is what the Lord Almighty says: ‘The fasts of the fourth, fifth, seventh and tenth months will become joyful and glad occasions and happy festivals for Judah. Therefore love truth and peace.’”

This verse is in the context of the Millennium.  The fast of the fourth and fifth months refer to Tammuz 17 and the 9th of Av.  These times of mourning will be redeemed. And what’s more, we can participate with Yehovah in redeeming those times right now!

I want to quote from an article on this topic written by Sandra Teplinsky, founder of Light of Zion:

“God promises in Zechariah 8:19 that the fast of the fifth month will turn to a day of joy. I believe He has anointed the Body of Messiah to serve as a catalyst for transformation. He wants to redeem this season of time from the enemy’s curse and dark spirit of death.”

So, we can participate in bringing about Yehovah’s will and kingdom, where he redeems this season of judgment and exile that the enemy has used against the Jews – and by association – against us and all of mankind.

How do we do that? Let me highlight more of this article:

“First, we must understand the back story of darkness ultimately known as Tisha b’Av. Second, we break agreement with the enemy in our own lives with any similar darkness. Then we stand in the gap for God’s ancient covenant people.”

“…unbelief is the ultimate condition that prevented the Hebrews from entering the Promised Land.  With this precedent, in their unbelief, the Israelites’ engagement with darkness seems to have released a demonic authority over Israel that threatened their very existence many times through history, at this same day and season. Now, if the Church is grafted into the commonwealth of Israel and if she is joined to the Jewish people spiritually, then she is impacted by the realities associated with Tisha b’Av. The good news is that the Church carries an anointing to redeem the times by the blood of Yeshua. She is allotted power, sealed by His resurrection, to minister deliverance from the power of unbelief at this season.”

Then it talks about how unbelief, doubt or lack of faith that Yehovah can really save us when we’re up against the enemy, or when we’re feeling overwhelmed or hopeless, our unbelief gives the enemy access to us in those areas. It allows a foothold that can turn into a stronghold in our lives. She talks about the importance of our own repentance and resubmission of every area of our life, so that we can defeat the enemy and begin to redeem this time of tragedy to be a time of joy, as Yehovah intends.

The article also gives us the pattern of intercession that Moses used at this time, so that we can follow that pattern in our own prayers during this season.

This is a great focal point for us from now through the 9th of Av.

Phase Two: The Season of Comfort

On the 10TH of Av, the season of Comfort begins. You’ll notice a shift from judgment to comfort in the schedule of Sabbath readings.  Both our Torah portions and our Haftarot portions line up with these seasons.

The readings during the Three Weeks of Sorrow are about judgment and exile. The readings after the 9th of Av are about comfort, specifically the Haftarot portions. These readings continue until the Feast of Trumpets in the fall.

These calendar cycles help us align with the will of Yehovah and keep us in his rhythm.  I encourage you to mark these dates on your calendar and pay attention to these seasons, so that you can participate with what he’s doing.

“Also on your days of rejoicing, at your designated times and on Rosh-Hodesh (the head of the month), you are to sound the trumpets over your burnt offerings and over the sacrifices of your peace offerings; these will be your reminder before your God. I am Adonai your God.”

This entry was posted on August 2, 2019 by Administrator. It was filed under Hebrew calendar, New Moon, Rosh Hodesh and was tagged with 9th of Av, Av, dire straights, season of comfort, Season of exile and judgment, the death of aaron, Three weeks of sorrow, Tisha B'Av, zech 8.