Purim – A Reflection of our Own Faith 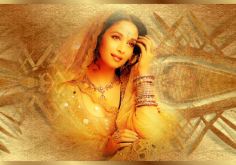 While not one of Yehovah’s commanded feasts, I believe Purim, the remembrance of the story of Esther in the Bible, is worthy of its annual celebration.

Purim is a microcosm of our own lifelong quests:  to walk in Yehovah’s ways despite the pressures around us, to trust that his purposes are being manifest in the events of our nation and world, and to have the courage to submit to his sovereignty and will at every turn.  In short, it’s about living a life of faith.

As you read the story and the following posts, you will see yourself and your circumstances, as well as Yehovah’s sovereignty and guidance in your own life.

Purim – Preserving the Miracle of Esther for 2500 Years

Jewish tradition has preserved the festival of Purim for nearly 2,500 years.  While it’s not a festival commanded by Yehovah, it commemorates the victory recounted in the book of Esther of the deliverance of Yehovah’s people from persecution and destruction – a story repeated over and over in history and, indeed, continuing today.

Esther 9:26b-28 explains the original intent of the celebration: END_OF_DOCUMENT_TOKEN_TO_BE_REPLACED

Purim – Partnering with God to Bring His Will

“As a Christian, serious about living out Christ’s intention for me, I view life as a series of opportunities to respond to and maximize… to recognize opportunities – either immediate or in the future – and prepare for, or respond well to them.”  Dr. Jerry Cook

This summarizes our partnership with God in bringing his will.  This is exactly what Esther and Mordecai did when the Jews were threatened with extermination by the Persians, as recorded in the Book of Esther – the story commemorated on the festival of Purim. END_OF_DOCUMENT_TOKEN_TO_BE_REPLACED

Purim – The Story of Mordecai

Esther – Queen of Persia, intercessor for the Jews before the King, and the one for whom the book of Esther is written.  Understandably, as the heroine of the story, most discussions of the book are meant to inspire people to emulate her.  But how many people are going to get the chance to be a queen, and in a position to intercede for their people in front of a king?  Re-reading the story this year, I realized Mordecai’s role in the whole affair is probably a more realistic picture of what people in any position could aspire to. END_OF_DOCUMENT_TOKEN_TO_BE_REPLACED

Have you ever felt God asking you to do something for which you know you’re not talented or maybe not qualified?  No doubt Esther felt this way when Mordecai instructed her to speak to the king about saving her kinsman.  Esther’s obvious gift was in her beauty, her speaking of political matters with the king was never a thought.  In fact she hadn’t even had an audience with him in a month, and then only at his request. A person could be sentenced to death for approaching the king without his summons.

Esther’s asking the king to save the Jewish people must have seemed ludicrous.  There must have been a mistake in translating Mordecai’s message or in Mordecai’s understanding of God’s will.  END_OF_DOCUMENT_TOKEN_TO_BE_REPLACED