The New Moon – Who Knew?

I had been reading the five books of Moses (Genesis through Deuteronomy) every year for five years and observing the Sabbath, Feasts and Festivals for five years.  But as many times as I’ve read the Bible and practiced the Feasts, Yehovah never fails to show me new insights every time.  This year has been no exception.

I had signed up to speak on the portion of scripture called “Phineas,” Numbers 25-30.  Not knowing what I would speak about, I figured there was plenty to choose from.  Numbers 28-29 are commonly referred to for teachings on observing Yehovah’s appointed times or Holy Days.

As I came to those chapters, I read quickly through the list: The daily offerings, the Sabbath, the New Moon, Passover, Unleavened Bread, Pentecost… Wait, the New Moon?  When did they start that?  Is that one of Yehovah’s appointed times?  Why have I never observed this day?  I decided I had to look into this. END_OF_DOCUMENT_TOKEN_TO_BE_REPLACED

Month 7 – The Feast of Trumpets & the New Moon 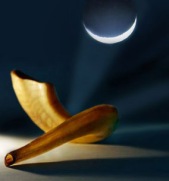 “Then God said, “Let there be lights in the expanse of the heavens to separate the day from the night, and let them be for signs and for seasons and for days and years;”

END_OF_DOCUMENT_TOKEN_TO_BE_REPLACED

Month 6 – Elul: Preparation for the Day of Atonement 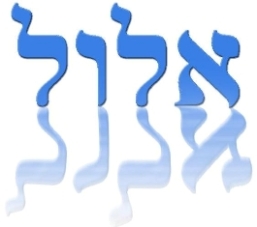 On the Hebrew calendar, Elul is the sixth month of the year. On the 10th day of last month – the month of Av – we began the Season of Comfort.  The season of comfort continues seven weeks, until the first day of next month, which is Tishrei 1, the same day as the Feast of Trumpets. So we have seven weeks in the Season of Comfort, Av 10 to Tishrei 1.

Elul 1 also marks 40 days until the Day of Atonement (Yom Kippur), which is always on Tishrei 10.

END_OF_DOCUMENT_TOKEN_TO_BE_REPLACED

Month 1 – Preparing Ourselves for the Spring Feasts, Part 1 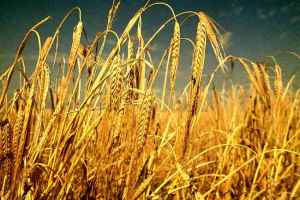 The Spring Feasts begin with Passover during the Hebrew month of Nisan.  On the Hebrew calendar, the Feasts always begin during the month of Nisan.  But “Nisan” is a Babylonian name adopted well after the original command to observe Passover.  In looking at the Hebrew name of the month, I found it was actually much more – more than a name or even a month.  It’s a season, a designation, a process – the understanding of which brought all new revelation about the significance of the Spring Feasts. END_OF_DOCUMENT_TOKEN_TO_BE_REPLACED 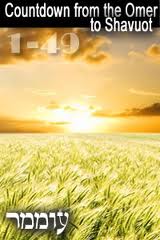 Counting the Omer – most are familiar with the culmination of the count, which is Pentecost, also called the Festival of Weeks.  “Weeks” is taken from the Hebrew word “shavuot” and refers to the seven weeks that precede Pentecost.  Leviticus 23:15 tells us to count the weeks between the Feast of First Fruits and Pentecost:

“From the day after the Sabbath, the day you brought the sheaf of the wave offering, count off seven full weeks.”

END_OF_DOCUMENT_TOKEN_TO_BE_REPLACED 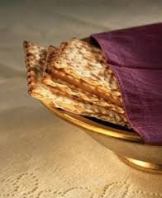 Did you know, “about 40 to 50 percent of your day is made up of habits?   But you don’t recognize them because they’re unconscious.”

Michael Phelps started training at the age of 7, but his coach knew habits—not skills alone—would be the driver of his success. So, Phelps’s coach built a series of activities before every race designed to give him a sense of building victory. On the day of the race, he gets out of bed, eats certain things, does specific stretches and exercises, he thinks about certain things. By the time the race arrives, Phelps is already more than halfway through his unconscious habits and the pattern he lives by on a daily basis. That way, the race itself—and winning the race—is just another step in Phelps’s laundry list of things to do.  He’s made winning a habit.

Wow – the mind is an amazing thing!  But how do we transfer that to other parts of our lives? END_OF_DOCUMENT_TOKEN_TO_BE_REPLACED

Keeping the Fall Feasts & Holy Days: When are they and how are they relevant today? 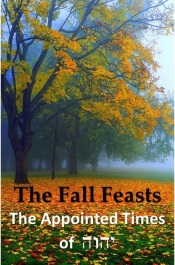 The Lord’s Holy Days, Feast Dates, Jewish Feasts, Appointed Times, Mo’edim — whatever term you use, don’t miss these days!  This year the Fall Feasts begin at the end of September and continue into October.

As a Christian seeking more intimacy in my walk with Yeshua, learning about, experiencing and keeping these feasts (including the Sabbath) has brought me not only into deeper intimacy with him, but God has showered me with new understanding, unexpected blessings, strengthened faith and fresh excitement daily.  I highly recommend it!

Included here is a list of my blog posts about the Fall Feasts.   END_OF_DOCUMENT_TOKEN_TO_BE_REPLACED